'I'm Waiting Until the Market Crashes' - Houses to Homes Podcast

With a marginally more balanced market, the focus of real estate purchase decisions moves from investment opportunities back to predominantly personal needs.

TL;DR: Your specific situation will determine what your best move is – it's not all about taking advantage of the market anymore.

How you doing Kristi?

I’m good how are you?

Pretty good. I heard you had a couple of burning questions.

One of them is I've had a couple clients come up to me recently and they've texted me and they're like, Hey market’s not doing too hot, I need to save money. Houses seem to be going up in price. I just want to wait til the market crashes. What advice would you give for that?

Oh, gosh, there's so many different things that I would say in that situation, and it's really going to be dependent on that person and what their future goals are. So is that person, let's say, renting?

Okay. So home prices have gone up. Interest rates gone up.

And inflation's gone up. Interest rates go down to stimulate the economy.

So we know most likely in the future, interest rates will eventually go down. Inflation raises everything. Everything at all. Everything in the world inflation affects. So if you are budget minded, what is the biggest expense that you have as an adult?

Buying a home or your living expenses, right?

So if inflation's going up, we can't control how much inflation goes up. But what you can do is control one of your personal biggest expenses in your budget, which is buying a home that you know you can afford today. Because as inflation goes up, your mortgage isn't going to go up.

Your mortgage is going to stay the same as inflation goes up. Guess what happens with rental prices?

Those are going to skyrocket.

I'm currently looking for a house myself.

My rent went up almost 50 bucks this month which compared to my other friends, that have their rent going up 200 bucks this past year. It's crazy.

Right and it's going to get worse as inflation rises. So take control of what you can control. Now, if you're in a situation where you're going to be moving out of state or moving across the state in like six months, okay, you know what? Eat it. Rent. But at the end of the day, if they're waiting for interest rates to fall, what's better, paying 7% interest or 6% interest, or paying 100% interest to a landlord?

I've been telling people to go for new construction. That's actually because they can lock
in those rates right now.

A lot of builders, yeah, they can. They have programs where you can lock in up to a year. It costs a little extra money to do that. You've got to buy your points or buy your rate, but it's totally worth it. And then at the end of the day, in a year when it's the house it's built or six months, whatever it is, they can unlock it if rates end up being lower.

Now, personally, if you were a first time homebuyer, you didn't know any of this knowledge, nor were connected with any agents, what would you do personally? Would you think that you would have to wait?

It's starting to level out a little bit.

Exactly. It's not even a buyer's market at this point. It's still a seller's market. So we are so far off from a crash that even thinking home prices are going to drop dramatically like they did in 2008 is unrealistic.

Yes, it has. It's gone up about 15% nationally, but that's still about 60% lower than what it needs to be to be a normal market.

And an everyday person that's not in real estate, that's what they're looking at.

And that's where you, as being the real estate professional, needs to know your numbers.

So when you do come across, that person who’s like, oh, I'm just going to rent for another year, the housing market's going to crash…

And then look at them and say, okay, so what would you rather do, pay $250,000 for a house or buy that same house next year for 8% more and potentially have a higher interest rate and in between now and then, you're also paying 1500 dollars a month rent that's going nowhere.

That 1500 dollars a month rent. Do you know how much that is a year?

That could be going towards a whole investment that later on you can sell for even more. Or if it's a house, it's a fixer upper. You flip it.

So a lot of money.

If you're renting a house at 1500 dollars a month, you're spending $18,000 that’s going nowhere
because you didn't want to overspend in a crashing market. That's hitting almost a lot of people's income a year. 20 grand a year.

So should they buy? Should they wait? It’s subjective to what their needs are, but waiting is going to cost them more money ultimately. And I don't care who says what, at the end of the day, historically, home prices have never stayed low. They've always gone up. They've always recovered and continued to climb, climb, climb.

Everything's getting more expensive. You go to the grocery store, what, a gallon of milk has even been hitting like…

I buy almond milk. I can't do that. I can't buy regular milk. 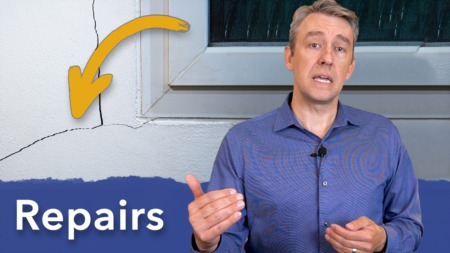 Requesting Repairs After the Home Inspection

Requesting Repairs You’ve had your home inspection and you'd like to request a couple of repairs. What’s the process? Let’s dive ...Read More My Offer Got Accepted - Now What?

Under Contract   Once your offer is accepted, there are a few things to take care of right away: Step 1 - You will need to acknowledge or ...Read More