Is the Housing Market Half Full or Half Empty? – Houses to Homes Podcast

Are things getting better or worse for buyers? Why are there conflicting opinions everywhere?

Let's break it down.

As the real estate market normalizes, the thought process behind home ownership is changing. Where people have recently treated real estate as an investment game, now the focus for a lot of people is shifting back toward lifestyle and needs. In this episode we talk about how your perspective is everything in this market, whether the glass is half full or half empty, and how the normalization could be blown out of proportion in front of the backdrop of 2021.

Say 30 days on market.
It takes a minimum of six months
on market, to normalize, and it takes nine
plus to become a buyer's market.

So it's still crazy. It's still skewed, still great for sellers and buyers still have challenges.

Every day I go into Facebook and it's two different worlds. Like the angel and the devil. I've got the world is falling, market sucks, the bubble’s bursting, haha real estate agents suck it. You’re all gonna die.

Then I have the It's not bad. It's actually pretty awesome. We're still closing and we're growing bigger, stronger, blah, blah, blah. How much overkill do you feel? Because I feel tons of overkill.

I feel like no one's being particularly I'm not seeing a lot of neutral ground like I'm seeing the sky is falling. Everything is going bad.

And “It's fine. What are you talking about? Actually, if you look at it this way, it's completely fine.” And nobody is like, Yeah, it's different. Here's the pros, here's the cons.

I heard someone say that like essentially once you have an opinion on something,
your fact finding is over.

So like any information. So, like, if I think B is true, I'm no longer taking evidence on A but if I find something that encourages my belief of B there, I'm going to drink that up.

Because that's going to skew your perspective as well.

And it's been such a hot market that I think it's terrifying people that it's normalizing.

I just I still kind of look back to when I first got my license and I know Lauren you’ve been a licensed agent for almost four years now. Or is it four?

Yay! Okay. So four years. So you've really only seen the ending of a somewhat normal market going into who knows what's going to happen. Let's just throw spaghetti at the wall.

Yep, pretty much. So I started in 2008, which was a chaotic upside down market, total buyer's market. I mean, I could ask for anything and I could probably get it when I wrote offers. So it went from that crazy buyer's market to a seller's market. And in the 12 years I've been doing this, there was probably only a very small window, I'm talking six months or less, in what they would consider a normalized market. Normal market is six months of inventory. We still have a month right now. So even with homes slowing down, or inventory picking up and inventory is not really picking up. We still have the same amount of homes going on the market. They're selling slower, which is increasing the inventory. So say 30 days on market, it takes a minimum of six months on market to normalize and it takes nine plus to become a buyer's market.

So it's still crazy, it's still skewed. It's still great for sellers and buyers still have challenges. But it's we still have four ounces of water.

It's and it's starting to change. And I actually because I represent we most of us represent buyers and sellers. It's nice because sellers are still getting really good money for the houses. Homes are still anticipated to appreciate and prices will continue to rise slowly. But they will rise. Deceleration.

Yes, that's a new terminology I've learned. And it's I like it. You know, we had a massive massive amount of acceleration. So, like, think of yourself driving down a road at a hundred miles an hour. That was the market for the past two or three years. Like, don't worry about anything, we're just going straight ahead. And now instead of 100, we're going 50, but we're still doing 50 in a 25. So we've decelerated to half the speed of what we were, but we're still doing double what we're supposed to. I liken it to, you know, when you're driving up north on like some of those perhaps other people, other people driving up north, you're driving on those roads
where there is nary a cop and you're going perhaps way over the speed limit. And then you hit your speed limit. You're like, wow, this is really slow. You're still going 70 miles an hour,
but you're like, Oh, yeah, this is this is slow. Or when you get off the freeway. And it's 45.

It’s so funny that you say that, this is a real life thing that happened to me once. I had a rental car and I did not know how to operate anything on it. And somehowI switched from miles to kilometers and I was driving down a dirt road and I'm like, Man, I feel like I'm going so fast. Like, I really felt like am I getting sick? Like this just seems, like, so surreal. Light speed. And then I seen a cop, and of course, you slow down when you see a cop because that’s just what you do. And I'm still looking at it going, Wow, I'm still going, like way under the speed limit. I feel like I'm going fast. That's when I realized I was in kilometers, not miles. Yeah, that was fun. Didn't get pulled over.

I was going to say did the police officer show you that?

Going from really high rates of speed down to like the 20, 25 miles an hour that I was supposed to be going. It was like a crawl. It felt like you were crawling.

And that's what I think a lot of people are going through. They’re in kilometers still.

Do you see that you're getting a lot of pushback from buyers saying that they want to wait? You know, I hear a lot of “I'm going to wait. The bubble’s gonna burst. I'm going to wait until prices drop down.”

I am. I think I'm actually surprisingly hearing it less now than I was say like six months ago.

So I don't know if people's perceptions are starting to change or if it's perhaps just they're realizing like, well, you know, I still need to buy, and what I tell people too is there's no evidence of a crash happening. A slowdown could definitely happen.

Needed. But a crash, no one's predicting that.

So I'm not going to predict it if no one else is.

And it's also your need. Like we all know I'm crazy and I bought my house last year, which was maybe really wild to other agents that I was buying in that market.

Yeah. And the need was there, right. I needed more space I you know, so for a lot of people it's like, okay, you know, you have this fear of the market crashing. I don't think it's reasonable, but let's go with it. If the market crashes then what? And for a lot of people, it's like, okay, well, even if the prices did go down, I still need a house or I still need more room or, you know, grandma needs to move in or whatever the need is.

Exactly. I still need to buy. And I guess, you know, you might be right. I see hesitancy now instead of just, nope, we're not doing it.

Well and I think it brought back for years, years and years and years. Buying a home was generational. You didn't buy a home to live in it for two or three years. People bought homes to raise families and sometimes their families raised their families in those homes and we got away from that real estate ended up becoming a short term investment for a lot of people. They would buy something, they'd fix it, they'd sell it. Sometimes they wouldn't even fix it. Sometimes they would buy it, stay there for six months and turn around and put a sign on it again. So I think we're going to be stepping away from that mentality and going back to the normalized philosophy of “I'm buying a home, I'm making an investment.” In the long term prices go up and down all the time. But if it's going to be a long term investment, just like the stocks at the end, you'll usually end up winning. You can't just run and panic the first time things start to dip.

You know, you think about those people who bought in 2007 before the crash of 2008 and 2009. The people or even, you know who bought before then. The people who held those properties during that window when homes depreciated - if they held on to those homes you know in 2011, they were back on track and had equity, you know. So I've had clients that sold recently that, you know, they were worried they could never move, but they waited long enough.

And could and had the luxury of waiting long enough that actually they ended up making money. So like you said, if you're looking at it as an investment, what other investment are you only doing for a couple of years?

Not many. So long term historical data, 3 to 4% is the average home appreciation. Over 100 years in the past five years, our appreciation has averaged about, I think it's like 17%. There is you know, last year it was way over that. But then we have to contribute, you know, the lower years that it hasn't appreciated that much. That's not normal.

You can't look at those numbers and forecast an investment based off of that. You really do need to go long term. So right now they're forecasting, okay, National Association on the 27th. So two days ago, just did their re-forecasting for 2022 and they're still saying they're supporting the numbers that they put out earlier in the month, saying 8 to 9%, it cost a seller about 8 to 9% to sell a home. Your home's going to appreciate potentially 8 to 9% this year.

So you need to stay in your house for one year to break even. If you bought a house last year, you could have closed on your house and sold it maybe the next day and broke even. 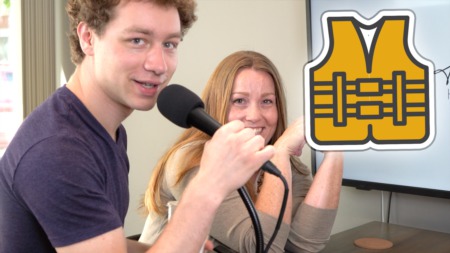 Homeownership: Your Life Vest for Inflation – Houses to Homes Podcast

When inflation goes up, most day-to-day or month-to-month costs go up out of our control. But owning a house with a mortgage keeps the (most likely) ...Read More 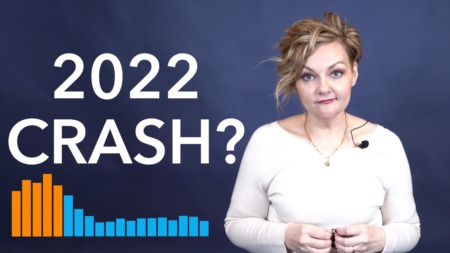